To share your memory on the wall of Irmgard Morrison, sign in using one of the following options:

Print
Irmgard “Kitty” Kunigunde Schürmann Morrison, 96, passed away peacefully in her sleep on June 8, 2019. She was the widow of David Confer Morrison of Tyrone, Pennsylvania.

Mrs. Morrison was born March 6, 1923, to Werner Alexander and... Read More
Irmgard “Kitty” Kunigunde Schürmann Morrison, 96, passed away peacefully in her sleep on June 8, 2019. She was the widow of David Confer Morrison of Tyrone, Pennsylvania.

Mrs. Morrison was born March 6, 1923, to Werner Alexander and Katharina “Käthe” Schürmann in Hagen, Germany. As a teenager growing up in a war zone, she worked as a secretary of a fabric factory during WWII. In March of 1945 she married her first husband Heiner Todenhagen, who died bravely shortly after in April of 1945. After the war during the Allied occupation, she worked as a translator for the U.S. Army newspaper, The Stars and Stripes. She met her husband David, an American soldier at the time, and they married in December of 1947 and immigrated to the United States in 1948. They made their home in Tyrone, Pennsylvania, raising two children, and she proudly became a US citizen in 1951.

She and her husband David were married over 50 years, during which they traveled extensively, enjoyed gardening, dancing, hosting friends from all over the world, and visiting their children and grandchildren. She especially enjoyed sewing and designing clothing, knitting, crocheting, painting pottery, and dancing to polka and swing music, and the song “New York, New York.”. Kitty was active in her community as a Girl Scout leader, language tutor, award-winning bridge player, animal lover, and a member and Elder of First Presbyterian Church in Tyrone. Following the death of her husband, she relocated close to her daughter in Pittsburgh, continued her travels to Europe, and enjoyed family events and celebrations. She was a wonderful story teller and at her family’s prodding, Omi would love to tell her children and grandchildren about what it was like to come of age during the war. She instilled in all of her loved ones a passion for traveling and an appreciation of new cultures, language, and people.

Kitty is preceded in death by her parents, her husband, her brother Helmut, and his wife Lydia. She is survived by her daughter Deanna Morrison Baird, her former husband Rick, her partner Karl Sieg of Pittsburgh and Venice, Florida; and son Michael Alexander Morrison, his wife Mary Lynn of Chattanooga, TN. She is also survived by five grandchildren Jessie Deirdre Shannon, her wife Tamara of Genoa, NY, Margot Käthe Edge, her husband Trevor of
Columbus, Ohio, Meredyth Alice Morrison of Brooklyn NY, Tessalyn Hope Morrison of Portland Oregon, and David Alexander Morrison of Washington, DC., and also two great-grandchildren, Jack and Oscar, and her loving nieces, nephews and their children.

The family would like to thank the Asbury Heights staff in Mt. Lebanon and the Bridges Hospice group for their loving care. Visitation will begin on Friday, June 14, at 11:30 am at the Richard H. Searer Funeral Home of Tyrone, PA, followed by a memorial service at 1:00 pm. Flowers and remembrances are welcome. Memorial donations may be made to the Alzheimers Association: Greater Pennsylvania Chapter
Read Less

To plant a memorial tree in honor of Irmgard Morrison, please visit our Heartfelt Sympathies Store.

Receive notifications about information and event scheduling for Irmgard

There are no events scheduled. You can still show your support by sending flowers directly to the family, or planting a memorial tree in memory of Irmgard Morrison.
Plant a Tree

We encourage you to share your most beloved memories of Irmgard here, so that the family and other loved ones can always see it. You can upload cherished photographs, or share your favorite stories, and can even comment on those shared by others.

Posted Jun 13, 2019 at 10:58am
In loving memory of Mrs. Irmgard Morrison & with love and sympathy to the Morrison family. From the McIntosh family.

Dreams from the Heart Bouquet was purchased for the family of Irmgard Morrison.

Richard McIntosh purchased flowers for the family of Irmgard Morrison.

Posted Jun 11, 2019 at 09:57am
Please accept our most heartfelt sympathies for your loss... Our thoughts are with you and your family during this difficult time.

Flowers were purchased for the family of Irmgard Morrison. 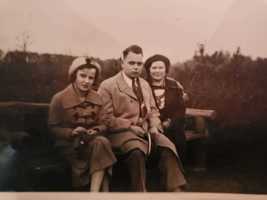 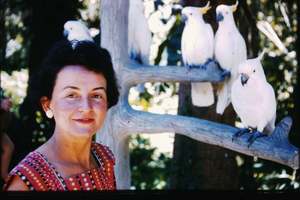 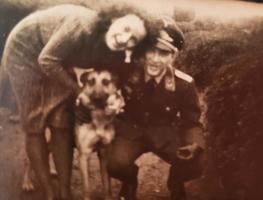 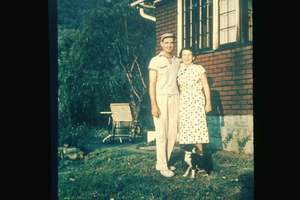