To share your memory on the wall of Shirley Bailey, sign in using one of the following options:

Shirley was a 1954 graduate of Juniata Valley High School and was employed by Jostens Printing in the layout department. She was a member of Wesley United Methodist Church in Tyrone where she served faithfully throughout the years. She also volunteered her time helping with March of Dimes, Epworth Manor, Tyrone Foodbank, and Relay for Life. She enjoyed arts and crafts such as painting, drawing, and ceramics to name a few. She also had a love for traveling and taking trips to the beach but most of all she loved to spend time with her family, especially her grandchildren and greatgrandchildren.

Receive notifications about information and event scheduling for Shirley

There are no events scheduled. You can still show your support by sending flowers directly to the family, or planting a memorial tree in memory of Shirley L Bailey.
Plant a Tree

We encourage you to share your most beloved memories of Shirley here, so that the family and other loved ones can always see it. You can upload cherished photographs, or share your favorite stories, and can even comment on those shared by others.

Plant a Tree in Memory of Shirley
Plant a tree 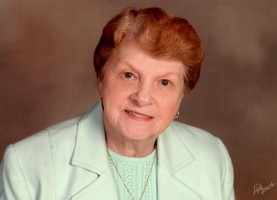