To share your memory on the wall of Madelyn Richards, sign in using one of the following options:

To send flowers to the family or plant a tree in memory of Madelyn Carol Richards, please visit our Heartfelt Sympathies Store.

Receive notifications about information and event scheduling for Madelyn

You will receive any future notification messages.
Print
Private services

We encourage you to share your most beloved memories of Madelyn here, so that the family and other loved ones can always see it. You can upload cherished photographs, or share your favorite stories, and can even comment on those shared by others.

Posted May 08, 2020 at 09:43pm
My memories are of Madalyn and Christopher. Growing up I spent a lot of time at the house in Grazierville. I’m a cousin 12 years younger so Madalyn always with made take care of me and Andora. Her and Christopher would take us for long walks in the woods and tell us about trees and flowers. I remember thinking about how beautiful Madeline was and how handsome Christopher was. What a beautiful couple… So much in love. She will be missed.
Comment Share
Share via:
DS

Sorry for your loss
TR

Thank you for sharing your fond memories.
TR

Thank you Donna.
3 Comments | Show All 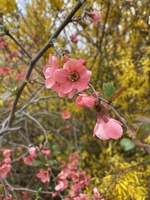