To share your memory on the wall of Harry Knox, sign in using one of the following options:

To send flowers to the family or plant a tree in memory of Harry Robert Knox, please visit our Heartfelt Sympathies Store.

Receive notifications about information and event scheduling for Harry

We encourage you to share your most beloved memories of Harry here, so that the family and other loved ones can always see it. You can upload cherished photographs, or share your favorite stories, and can even comment on those shared by others.

Posted Dec 19, 2019 at 08:08am
All of us here at Daily Express remember Harry with fondness. I knew Harry for many years and always enjoyed our working relationship. I think I will always remember him at the Safety Banquet - even after he retired he was always there. He will be sorely missed this year, but I know he will be there in spirit. All of here at Daily Express send our condolences to his family. We will keep Harry alive in our memories.
Comment Share
Share via:
PB

Posted Dec 19, 2019 at 08:07am
Harry and I started working at Daily Express in 1976. I was the switchboard operator so I spoke to Harry often when he would call
in. We established a good friendship and had many wonderful conversations. The last time I spoke to or saw him was in 2017
when I stopped in to see him at the assisted living facility. I am so glad we had that time to visit. RIP, Harry. God Bless!

Posted Dec 19, 2019 at 07:38am
So very sorry for the loss of Harry. I was one of his nurses at two different facilities - he had a great sense of humor. I loved his trucker jokes. And his stories of driving. I met Harry in a low time in his life - I tried to ease the pain every time I saw him. Yet he made an impact on me. I was thinking about him the other day - he popped into my head. Now I know why. He came to say goodbye. My condolences to his family and friends. May he be at peace in Heaven with a rig and his wife. God bless.
Comment Share
Share via: 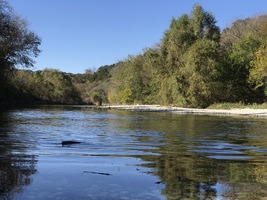