To share your memory on the wall of George Stevens, sign in using one of the following options:

George was a 1948 graduate of Tyrone High School. He attended Lycoming College for one year before transferring to Dickinson College where he studies Chemistry and Biology. Following college George enlisted in the United States Navel Officer Candidate School in Newport Rhode Island and served for 11 years before being honorably discharged with the rank of Lieutenant. After serving in the US Navy he went on to have several jobs prior to finding his long career with the Pennsylvania Office Of the Attorney General fulfilling the position of Drug Law Enforcement Agent.

George had many hobbies and interests throughout the years, including wine making, picture framing, gardening, and singing with many local groups which included the Allegheny Chorale and the Wesley United Methodist Church Choir. He also had a passion for being a Jaffa Shrine Clown, and many knew him affectionately as PATCHES. George and his wife Alexandra were devout and loyal Christians who rarely ever missed a Sunday at Wesley United Methodist Church in Tyrone. George was blessed to have a very large group of loving friends.

Arrangements for services for George B. Stevens Jr. will be held at a later date at the convenience of the family and are under the care of the Richard H. Searer Funeral Home, Inc.
Read Less

Receive notifications about information and event scheduling for George

There are no events scheduled. You can still show your support by sending flowers directly to the family, or planting a memorial tree in memory of George Black Stevens.
Plant a Tree

We encourage you to share your most beloved memories of George here, so that the family and other loved ones can always see it. You can upload cherished photographs, or share your favorite stories, and can even comment on those shared by others.

Plant a Tree in Memory of George
Plant a tree 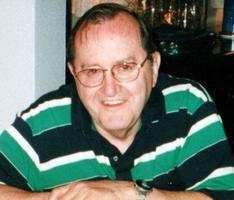